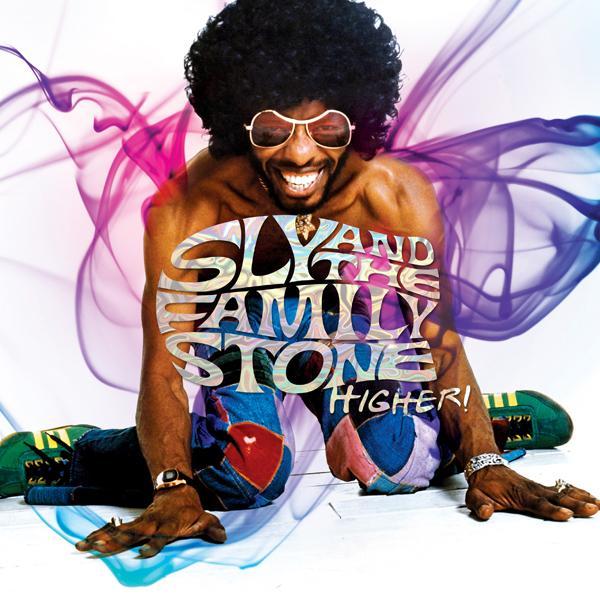 More great reviews are coming in for Sly & The Family Stone’s Higher! 4-CD collection, available now! Here are some of the reviews below:

Higher! succeeds because it performs a task many box sets do not: it tells a story. …The early material is instrumental in laying the foundation for what came later, as they reveal Sly’s deep roots in R&B, doo wop, pop, and rock & roll. …These are grace notes to the band’s enormous legacy, a legacy that is clearly on display throughout Higher!, whether it’s heard on exuberant hits that are pop staples to this day, rhythms that were heavily sampled during the golden age of hip-hop, or a vibrant blurring of boundaries that still sounds visionary. It’s that depth of detail, combined with the masterful sequencing, that makes Higher! such a superb box set: it tells a familiar story in a fresh fashion. Five stars. – AllMusic

Higher! is a succinct, compelling 4-CD journey of discovery … including familiar hits, deep cuts, rare mixes and a number of previously unissued tracks, it makes a potent case that Sly & The Family Stone was the right band for a turbulent time. … Higher! is a marvel to behold, largely thanks to its 106-page book that exceeds all expectations. It’s colorful and lavishly illustrated with photographs, images of 45s and memorabilia, sleeves and other miscellany related to the band’s Epic tenure, and features an essay by Jeff Kaliss as well as indispensable track-by-track liner notes by Edwin and Arno Konings, edited by Alec Palao, drawing on quotes from the band members. A historical timeline puts it all in perspective. Vic Anesini has beautifully remastered the music on all four discs. – The Second Disc

It’s a measure of the depth to which Sly & The Family Stone inspired musicians, men and women, to this day (remember The Family was integrated in more ways than one, no small revolutionary act at its time) that the story told by Higher! is one that continues to connect some half-century after the man first began recording. …The dynamics of Sly Stone’s career were those of his music: the best known tunes of his discography don’t appear here ’til disc three, but the level of interest remains comparably high through the two discs that precede it and on the one that succeeds it, illustrating how fascinating a figure was Sly then and now. – Jambands.com

Along with well known pieces like “Everyday People,” “I Want to Take You Higher” and “Hot Fun in the Summertime,” there are a ton of previously unreleased songs from ’67 that make you wonder why they haven’t been available before. “What’s That Got to Do With Me” and “Only One Way Out of This Mess” have aged amazingly well. …There’s a fascinating book included with some wonderful vintage photos of musicians and album/singles covers as well as an analysis of the songs, personnel and times. Important music from an unheralded musical paradigm shifter. – Jazz Weekly

Contemporary artists who follow in the soul and funk tradition tap into our nostalgia for the past and our love of sequels, which are easy to relate to. But they often reduce the oldies to a clean, simple rubric. …Higher! is an important listen, then, because Sly left a lot of his mess out in the open. The aspiring soul-men and soul-women of today should draw inspiration from Sly’s willingness to be weird — to use a thin drum machine when funk demanded heft, to play with the prevalence of rhythm over melody, and to know that the past won’t come back, so the only thing to do is to make the best of the present. – The Atlantic