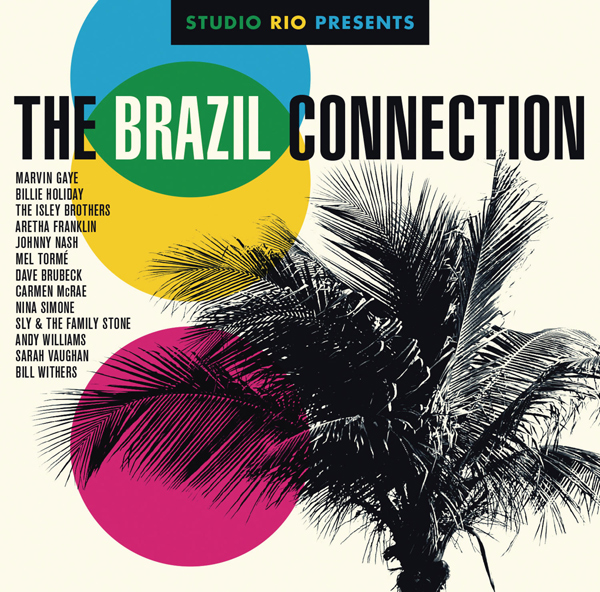 Celebrates the All In One Rhythm™ Theme of 2014 FIFA World Cup Brazil™ With 12 New Brazilian Arrangements of Classic Tracks By Bill Withers, the Isley Brothers, Marvin Gaye, Nina Simone, and More

Tracks from Studio Rio Presents: The Brazil Connection will be included throughout ESPN’s comprehensive coverage of the 2014 FIFA World Cup Brazil™, with multiple songs from the album slated to soundtrack the network’s multi-platform presentation of the quadrennial tournament. In addition, the collection’s “It’s Your Thing” (Studio Rio Version)” by The Isley Brothers with Studio Rio is among the highlights included on Sony Music Entertainment’s recently released One Love, One Rhythm – The Official 2014 FIFA World Cup Album.

“Music is the heart and soul of Brazil, celebrating with syncopated beats and beautifully expressive melodies. It’s the life force of the entire culture,” wrote the Berman Brothers in their notes for Studio Rio Presents: The Brazil Connection. “We have always had a huge appreciation of Brazilian music. Between us, we have a massive collection of bossa nova and samba recordings, new and old, a lot which we found in flea markets in Amsterdam, Paris, and London…. Once you get into this music, there really is no way to stop. It was this joyful and timeless music that inspired the idea for this collection. Our goal was to bring the Brazilian joie de vivre to iconic performances by well-known American artists like Billie Holiday, Aretha Franklin, Marvin Gaye, The Isley Brothers, and many others. What would these classic songs sound like had they been recorded in the studios of Rio de Janeiro in the first place, with the best Brazilian musicians and arrangers?”

“It was an amazing journey—bringing together these American classics and the vibrancy of Brazilian music with the help of so many talented musicians, arrangers and a dedicated production team. We learned many things putting together this music including what was the most important, and least surprising lesson of all: Brazil is the most musical place we have ever been in our lives.”

The Berman Brothers have a long history of coupling classic and contemporary sounds from around the world, including Rhythms Del Mundo (2006), a cross-cultural album summit which fused an all-star cast of Cuban musicians like Ibrahim Ferrer and Omara Portuondo of the Buena Vista Social Club with US and UK artists and superstars including U2, Coldplay, Sting, Jack Johnson, Maroon5, Arctic Monkeys, Franz Ferdinand, Kaiser Chiefs and others. Rhythms del Mundo was released in more than 61 countries and received multiple sales awards worldwide.

During the past 20 years, the Berman Brothers have received more than 90 gold and platinum awards, two BMI Awards, a GRAMMY® nomination (for “Love One Another,” recorded by Cher) and a place in history for their production and remix of the Baha Men’s colossal hit, “Who Let the Dogs Out.” As producers, writers and publishers, the Bermans have worked with an array of international superstars including Coldplay, Sting, Cher, Real McCoy, Dido, Maroon5, Sophie B. Hawkins, Reamonn, and members of the legendary Buena Vista Social Club.