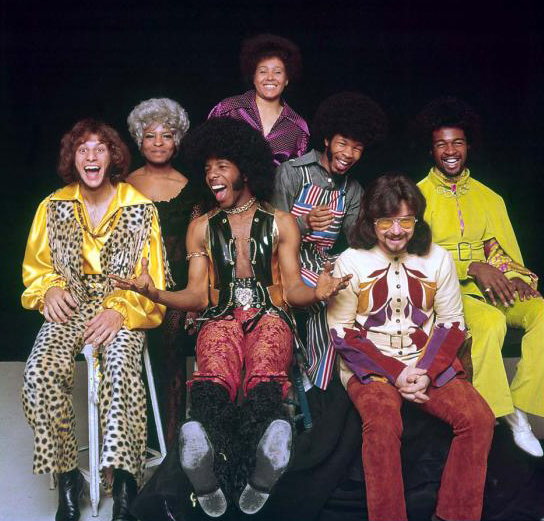 With the upcoming release of Higher!, the 4-CD Sly & The Family Stone box set available August 27, Cynthia Robinson recently spoke with Mike Ragogna of The Huffington Post. Here is an excerpt:

Q: After all these years, the band means so much to the people …

CR: I know the songs that Sly wrote still have the meaning for those that are living today that weren’t even around when we started playing before, in the beginning. His lyrics, to me, if you listen to them, they can form a lifestyle that will leave you a happier person, a better person on this planet. It’s just lyrics to live by.

Q: The music was funk and also a philosophy. Were you aware at the time when you were having hits that it was bigger than its parts?

CR: No, it was just music that was so exciting and so fulfilling within me as a person. I’m sure other members of the band felt the same things because I could see the looks on their faces, that something inside of them was waking up and joyful about them, so I knew. Being an introvert, maybe it was just me, but I thought they were feeling what I was feeling inside. The way that they conducted their lives, they were all ready and eager to be there for the next gig and excited to be together to play together. That was a big thing. We spent more time together than they spent with their wives and girlfriends. Sly always had us rehearsing and he always had something planned out that he wanted us to do. So it wasn’t ever like, “Well what should we work on?” It was never that. He always had the plan, “This is what we’re going to do today, shoop shoop shoop shoop,” and everybody’s minds were in the same direction.

Q: So that’s the bottom line, you truly were family.

Read the complete interview with Cynthia Robinson at The Huffington Post.